Australia’s universities are on unceded land. Here’s how they must reconcile with First Nations people

Universities must meaningfully acknowledge they are sited on unceded First Nations land and Indigenous culture should be recognised in campus design. These steps are vital for reconciliation.
Robert Freestone, Ross Wissing and Andrew Saniga | UNSW Newsroom 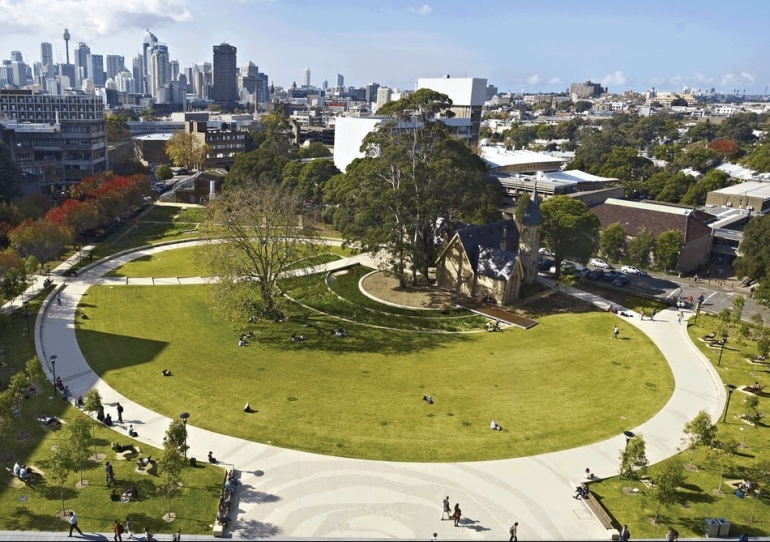 University campuses are urban cultural institutions inextricably linked to the “making” of cities. They are also sited on unceded First Nations land, in prime locations.

Meaningful attempts to recognise this – and better represent Indigenous culture in the fabric of the campus – have been sporadic dating back to the late 20th century.

Momentum has continued in recent years as architectural, landscape and urban designers have experienced an awakening to Indigenous knowledge systems, voices and values, and to the importance of following best practice both internationally and domestically.

This awakening continued with the first Australian Indigenous design symposium, Go Back to Where You Came From: Indigenous Design — Past | Present | Future, in 2018.

At the symposium, a Wailwan and Kamilaroi architect and lecturer at the University of Melbourne, Jefa Greenaway, stated:

Ideally, design in Australia would incorporate, consider or actively connect to the deep history of Indigenous occupation of this continent for millennia.

Yet, there is still much room for transforming words into action.

Read more: Wesley Enoch: the 2021 budget must think big and reinvest in the social capital of ideas

A recent Australian Research Council discovery project, Campus: Building Modern Australian Universities, led by the University of Melbourne, undertook a national study of Australia’s modern campuses. The project focused on the professional disciplines that have planned, designed, constructed and managed these built environments since the second world war.

A key finding in the study, scheduled for release by the University of Western Australia Press in early 2022, is the emerging centrality of Indigenous representation on campus.

A desktop survey was conducted to understand the “state of play” across Australia’s 42 universities and their campuses. 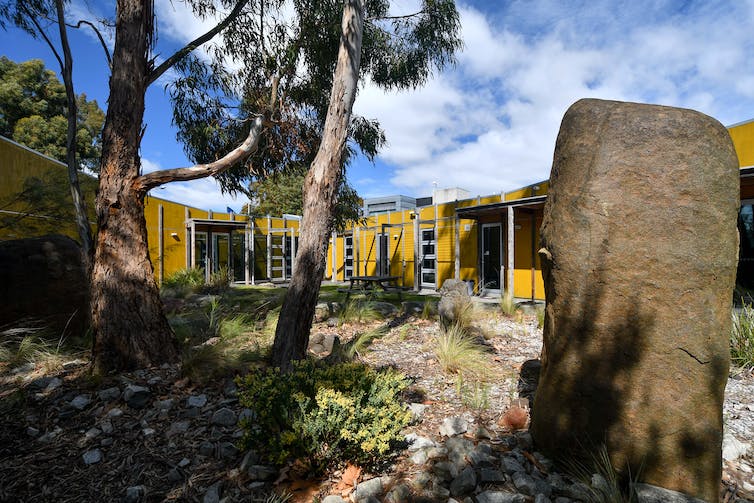 The study revealed a recognition process in progress.

Universities are part of the growing community movement towards reconciling with First Nations people. The survey revealed over 90 per cent of all Australian universities recognise the Traditional Owners on publicly available documents, with 75 per cent providing this recognition on the front pages of their websites.

Reconciliation action plans endorsed by Reconciliation Australia have been developed for 60 per cent of universities. However, only half of these say they were developed in conjunction with Indigenous people. Even fewer of these plans (40 per cent) refer specifically to incorporating Indigenous matters directly into planning and design.

A critical survey finding is that future excursions into campus design issues must be fundamentally collaborative and co-led by Indigenous people.

While nearly 70 per cent of universities have a publicly accessible campus master plan, only a quarter contain Aboriginal content.

Two-thirds of universities in the study had at least one physical landscape or garden with Indigenous elements, such as yarning circles, bush food gardens, cultural walks, art or other physical features. Only half of these had Indigenous people’s involvement in their production.

Only one, RMIT’s Ngarara Place, built in 2015, is known to have been designed by an all-Indigenous team. Ngarara Place signifies Aboriginal and Torres Strait Islander people’s cultures and histories as manifest on the lands of the Kulin Nation and its custodians, the Woi-Wurrung and Boon Wurrung people.

While 60 per cent of campuses have buildings linked to Indigenous culture, it is only in the past two decades that they have been purpose-built.

Read more: Aboriginal housing policies must be based on community needs — not what non-Indigenous people think they need

This desktop survey suggests an incomplete revolution. It raises critical questions about how design can negotiate the interface between Indigenous and non-Indigenous worldviews in the creation of current and future Australian university campuses.

This task is made harder as this research suggests few universities have developed a critical understanding of the urban Indigenous environments on which they were built. As Greenaway identifies above, incorporating such understanding is necessary to actively connect to the deep history of Indigenous occupation of this continent.

Including such information in the design and implementation of university campuses is a critical step towards true reconciliation between Indigenous and non-Indigenous people.

After all, universities produce Australia’s next generation of professionals and practitioners across a vast array of fields, including those disciplines most responsible for the country’s future built environment.