How learning another language shapes the new you

There are many benefits to learning a language beyond being a useful skill or hobby.
Ben Knight | UNSW Newsroom 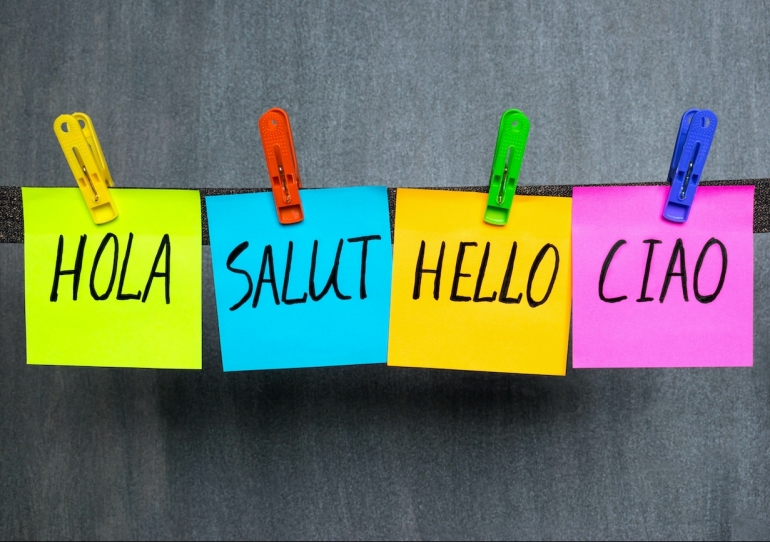 Learning another language can help expand your horizons and your worldview. Photo: Shutterstock.

If you’ve ever found yourself lost in a city overseas and needing directions or looking to spice up your bland resume, there are probably many times you wished you could call upon another language. In any case, there’s never been a better time to start learning another language than now, and there could be some unexpected upsides.

Language educator Associate Professor Andy Gao, UNSW School of Education, says there are many benefits to language learning. But aside from being a great hobby or addition to your resume, perhaps the most important is that it opens our perspectives. In his words, it fundamentally changes who we are.

“Learning languages is an enriching and rewarding experience, and there are many tangible benefits in terms of opening up different career options,” A/Prof. Gao says. “But more importantly, learning a different language is an opportunity to expand your understanding of other people and their culture, including your own people and culture, and create a more enriching life.”

Associate Professor Mira Kim, UNSW School of Humanities & Languages, agrees. The translation and interpreting studies expert says language learning can expand your horizons and your worldview. For example, reading a novel in its original language rather than the translation can give the reader a greater appreciation of linguistic and cultural diversity.

“If you can understand the language, then you have more intimate access to the knowledge that is constructed in the language,” A/Prof. Kim says. “You can feel something you can’t necessarily feel through translation…because language is not just about grammar or words, but it also expresses a lifestyle and a way of thinking.”

When it comes to learning languages, A/Prof. Gao says, having the right motivation is essential. He says the key is making the language personally applicable.

“From second language acquisition research, we know that people who have personally relevant goals are more motivated to learn the language and put more effort into learning it,” he says.

“So if we want to learn another language, then we shouldn’t just think about it in material terms or academic pursuits. It should be relevant to life, and that way, we will find opportunities to learn the language by using it in a personally relevant way.”

A/Prof. Gao says we shouldn’t fall into the trap of pursuing a language we don’t actually want to learn. We also shouldn’t be disheartened by a lack of progress in the beginning.

“Sometimes people will tell you that learning some languages will be more influential than the others. But if you don’t enjoy it, then you’re less likely to stick with it anyway.

“Instead, I would encourage people to start learning the language they think they’re likely to find the most personal meaning in, whether that’s the language relevant to their family history, or hobbies, or for travel.”

While fluency may be the ultimate goal, perfection shouldn’t get in the way of the joy of learning languages.

“It takes an enormous amount of time and effort for us to learn, let alone master. Just think about how much time we spend our learning the first language,” he says. “So, we shouldn’t let the challenge of gaining full language skills hurt the joy that comes from learning languages.”

A/Prof. Gao says one of the challenges of learning languages is finding the space to practice in everyday life.

“If you’re not in a multilingual country, then exposure can be difficult,” he says.

“I think we see this play out here in terms of migration. With first-generation migration, you have people more likely to be bilingual. But [after that] usually becomes English speaking only because that’s the language you use every day. So, I think we should look to find ways to encourage the learning of heritage languages a bit more.”

As a primarily monolingual country, we should provide more practical incentives in our education system for language learning to help promote diversity, says A/Prof. Kim.

“Promoting bilingualism, or multilingualism for Australia will help us appreciate our cultural and linguistic diversity that we value so much. So, we need to encourage more people to learn another language not just as a hobby, but as a focus in the curriculum,” she says.

“We might be able to provide practical incentives for the kids to continue to learn and maintain their heritage language or learn a foreign language through bonus points or exchange program opportunities for them, for instance.”

“But we also need to fund strong language programs and departments to deliver quality language education from primary school right through to university.”

Language education and encouraging learning another language can be a judicious way to help younger generations develop into engaged global citizens, she says.

“The more we engage with other languages, the more we may find that we are all human beings regardless of the different languages we speak.”

“In the 21st century, you don’t just belong to just one nation or one country. Identity is more about who you are and knowing your place in the world as a global citizen,” she says.

“If we encourage an expectation that everyone learns another language, then some barriers that need breaking down will break down on their own.”

A/Prof. Gao also says he would like to see a renewed focus on language education in schools, where students have more opportunities to pursue languages together with other studies.

“I think the language curriculum should allow students or schools to have choices about what they want to achieve in learning a language. Because the pursuit of learning language is very personalised, it’s not something that is served well with measured outcomes or standardised testing,” he says.

While learning in school can be a great introduction to languages, A/Prof. Gao says anyone can learn a new language at any time. In fact, practising a second language can also be a handy skill to have as we age.

“We see many examples of people learning languages at a later age, so we know that you can learn a language in any context,” A/Prof. Gao says. “And when we grow older, we need to retain our active brains, and so being able to use different languages can help keep our brains active.”

“I would encourage people to start learning the language they think they’re likely to find the most personal meaning in, whether that’s the language relevant to their family history, or hobbies, or for travel.”

He also says that being aware of the language learning process can help us learn any subsequent languages.

“Much research evidence points to this direction because you’ve been through the process of learning a second language,” he says. “So, you might develop some shortcuts that might make learning new languages less time-consuming.”

The more languages we can learn, the more different lives we can experience, or at least appreciate, he says.

“The more we engage with other languages, the more we may find that we are all human beings regardless of the different languages we speak.”