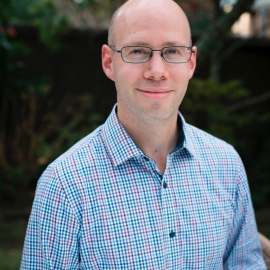 David Bronstein was born and raised in Montreal, Quebec, where, like Leonard Cohen, he graduated from Westmount High School. He studied Classics and Contemporary Studies at the University of King’s College and Dalhousie University in beautiful Halifax, Nova Scotia, and he completed his PhD in the Department of Philosophy at the University of Toronto. He has held positions as lecturer and postdoctoral research fellow at Oxford University, as Assistant Professor at Boston University, and as Assistant and then Associate Professor at Georgetown University.

His research is in the area of Ancient Greek Philosophy. He is interested in epistemology, philosophy of science, logic, metaphysics, and, increasingly, ethics in the Ancient Greek tradition and beyond. He has published several articles on Plato and Aristotle and, in 2016, a book: Aristotle on Knowledge and Learning: the Posterior Analytics (Oxford University Press). He has two main current projects, one on Aristotle’s theory and practice of science and another on Aristotle’s theory of virtue.

Bronstein is currently Lecturer in Philosophy at the School of Humanities and Languages, and Book Reviews Editor for the Australasian Journal of Philosophy.