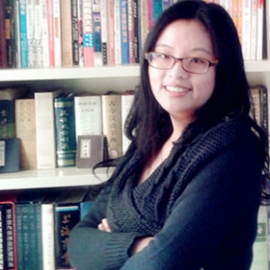 Dr. Elaine Jing Zhao is Senior Lecturer in the School of the Arts and Media at the University of New South Wales, Sydney. Elaine researches cultural production, industry transformations and governance challenges in digital media economy. Her main interest is the social, cultural and economic implications of digital technologies and platforms in transitional China and beyond borders.

She is currently working as Chief Investigator on an Australia Research Council-funded Discovery Project (with M. Keane et al.), which examines the rise of China's digital platforms and their internationalisation in the Asia-Pacific. She is also Partner Investigator on a project funded by National Social Science Foundation of China, which investigates digital media and cultural innovation in China.

Elaine is on the editorial board of Taylor & Francis journal Communication Research and Practice, and Anthem book series on Digital China. She reviews submissions for Australian Research Council (ARC) Grant Schemes, book proposals submitted to publishers such as Routledge and Palgrave MacMillan, and a variety of journals and conferences in the fields of media and communication, and cultural studies.

She completed her PhD at Queensland University of Technology. She previously held research fellowship position at the Australian Research Council Centre of Excellence for Creative Industries and Innovation (CCI), based at Queensland University of Technology. During this time, she worked on two Australian Research Council-funded projects. Prior to her academic career, Elaine worked in the telecom and mobile internet industry.

Elaine is available for Honours, Masters and PhD supervision in her areas of expertise. Please feel free to get in touch if you are considering a project in these areas.