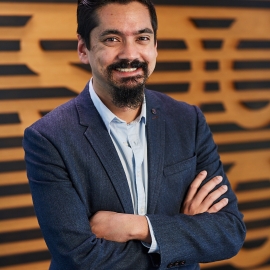 Email
s.bose@unsw.edu.au
Location
Room 131, Morven Brown
I am Senior Lecturer in Politics and International Relations, and I research topics in critical peace/security studies including, political order and violence, international intervention, state formation, conflict transition/transformation, democratisation, warlord/insurgent/rebel governance, and the political economy of statebuilding and peacebuilding in 'fragile' and deeply divided states and societies.
In May 2018 I joined the School of Social Sciences, UNSW. Previously, I was Marie Sklodowska-Curie Fellow at the School of Government and International Affairs, Durham University (UK). Prior to that, from 2011 to 2016, I was Prime Minister's Australia-Asia Endeavour Postgraduate Award scholar at The Australian National University (ANU), where I earned my PhD in Politics and International Relations. I also consult as a geopolitics, security, and NGO analyst. In my different professional capacities, I work with public-sector experts, government officials, diplomats, UN/World Bank and INGO representatives, activists, and even armed groups.
I am co-Editor of Drones and Global Order: The Implications of Remote Warfare for International Society (London: Routledge, forthcoming), Hybridity in Peacebuilding and Development: a Critical and Reflexive Approach (London: Routledge, 2019), Hybridity on the Ground in Peacebuilding and Development: Critical Conversations (Canberra: The ANU Press, 2018), Afghanistan - Challenges and Prospects (London: Routledge, 2017), 'Critical Hybridity in Peacebuilding and Development' (Third World Thematics: a TWQ Journal 2:4, 2017/2018), and 'Elections and the State: Critical Perspectives on Democracy Promotion in Afghanistan' (Conflict, Security and Development 16:6, 2016). In addition, I have published in several leading peer-reviewed journals including Global Responsibility to Protect, Conflict, Security and Development, Journal of Peacebuilding & Development, India Review, and Australian Journal of International Affairs. I also serve on the Editorial Board of the journal Global Policy.

I research and consult on topics at the intersection of International Relations, Critical Peace & Security, and International Development, with a focus on political order and violence, political development, statebuilding and peacebuilding.